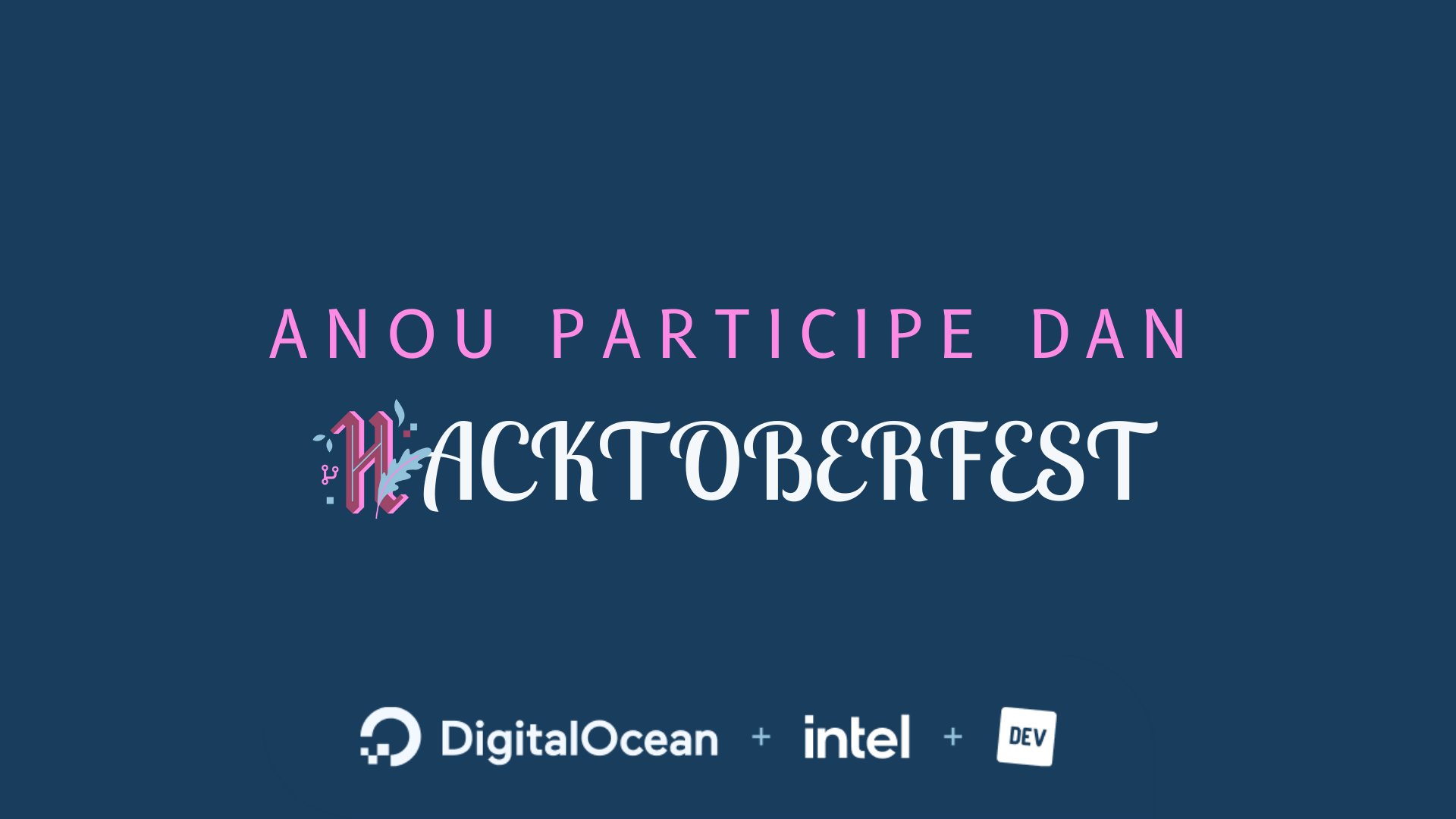 Saamiyah pinged me a few days ago about the Hacktoberfest event that she was organising and asked whether I would be free to present a topic. Sure, why not?

As many tech meetups at the moment, the Hacktoberfest event also was virtual. It was hosted on the Jitsi instance of the Mauritius Software Craftsmanship Community. The event was scheduled to start at 19h30 on Friday, i.e last evening. I was late to join but "luckily" so was everybody.

As the event started, we had some small-talk before the presentations really kick-off. We talked about flexi-time, work-from-(home|anywhere), and how they compare to being full-time in office.

Saamiyah did the first presentation in which she talked about the concept of Hacktoberfest, a month where open source software is celebrated. Sandeep spoke about local open source projects on GitHub.

I spoke about Flatpak and how to set it up on openSUSE. I concluded my presentation with an observation on the rise of Flatpak fuelled by the idea of having immutable & maintenance-free systems such as Fedora Silverblue and openSUSE MicroOS Desktop.

The presentation slides are available at speakerdeck.com.

The next speaker, Alan, spoke about Docker Swarm, followed by Pritvi who talked about software licenses. It was 22h00 by that time and I could not stay longer. I bid goodnight on the chat room and wished everyone to continue having fun!

Alexa is a web statistic tool which is very useful. The problem in Mauritius, is that we do not have much statistics. I was expecting facebook, yahoo, and youtube. One site (ask.com) immediately drew my attention and I knew that something was very wrong in Mauritius !

Ask.com or how a lot of computers are compromised in the Cyberisland

The ask toolbar is generally found on computers that have been compromised, and installed surreptitiously. At the 10th place, we have ask.com, which is a malware that infects a lot of browsers. I saw it on a few laptops of my co-workers, and friends. However, I never imagined that it was so widespread in Mauritius! Widespread enough that it's the 10th most visited website by the island ! ask.com is typically accessed via browser toolbar that generates bad search results, and is notorious to remove completely.

Ask toolbar slows down the computers on which it is installed. It is very difficult to remove completely. The computers that have ask toolbar installed are very likely to contain other malware. Those computers tend to slow down entire corporate networks due to excessive traffic. Microsoft rates it as high, in terms of security severity: Microsoft Advisory. I went to check with CERT-MU which is the in its own terms "... Mauritian Computer Emergency Response Team (CERT-MU), a division of the National Computer Board (NCB), Mauritius, to educate and enhance the awareness of the general public on the technological and social issues facing internet users, particularly on the dangers of getting online." and found nothing concerning ask toolbar. How many of you would like to get an LCD TV for Christmas? A lot, I bet. How many of you know that the Sony Bravia LCD TVs are powered by Linux? A lot fewer, I guess.

LCD TVs have a lot of pixels. When displaying a normal-resolution programme (say from the MBC), the TV must use extremely complex image processing algorithms to generate the missing pixels. For example:

So the TV must digitally create 5 times as many pixels as in the original frame 25 times per second. As you can easily guess, this requires a lot of horsepower hence the use of a powerful computer inside the TV. Sony has chosen Linux to power that computer (specifically Linux kernel 2.6.11)

For the more curious, have a look at http://products.sel.sony.com/opensource/source_tv.shtml